It’s been almost a year since the last update, I got a job in the games industry and have been focusing more on that for the past year. But now I felt the urge to do something on the game.

When I originally designed the level, I realized that it was difficult to design vertically because the player could only jump 2 tiles up and I had not implemented any prop that could make the player reach higher heights. There was especially one room that I thought could need a makeover, and so I decided that a ladder would be the best way to make designing vertically more interesting. 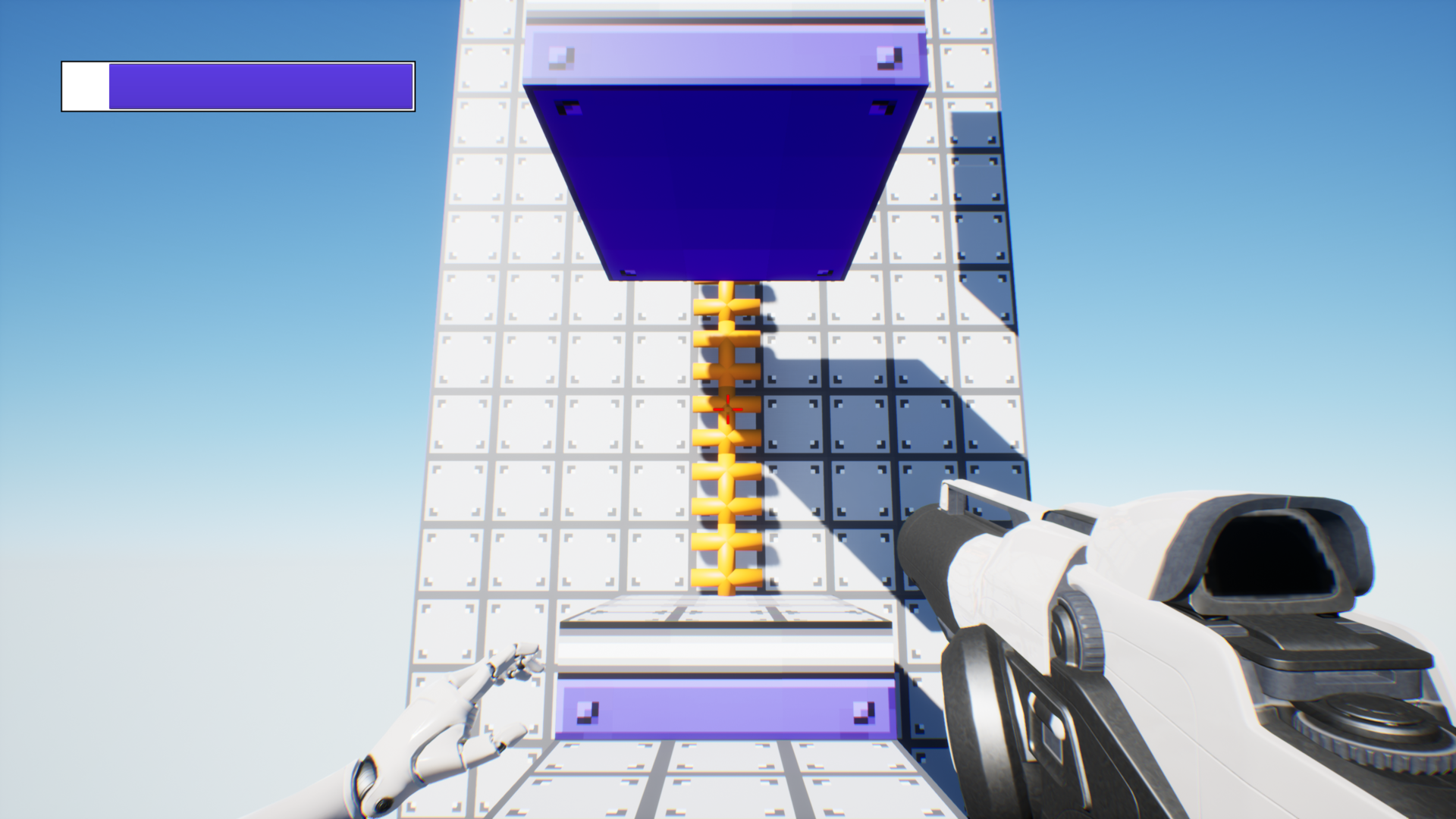 This enemy that endlessly rotates around blocks, during playtests, I realized that many had problem understanding when it was near. I thought of how I could make it more fair for the player, the solution I came up with was to add tracks on its path. In the first room where this enemy is introduced the player can clearly see these tracks from a safe distance and in later rooms the player will remember what these tracks are even though the enemy might not be visible at first glance. The mock-up graphics for this is kinda extreme, later it will probably be a trail in the block itself, sort of like erosion. 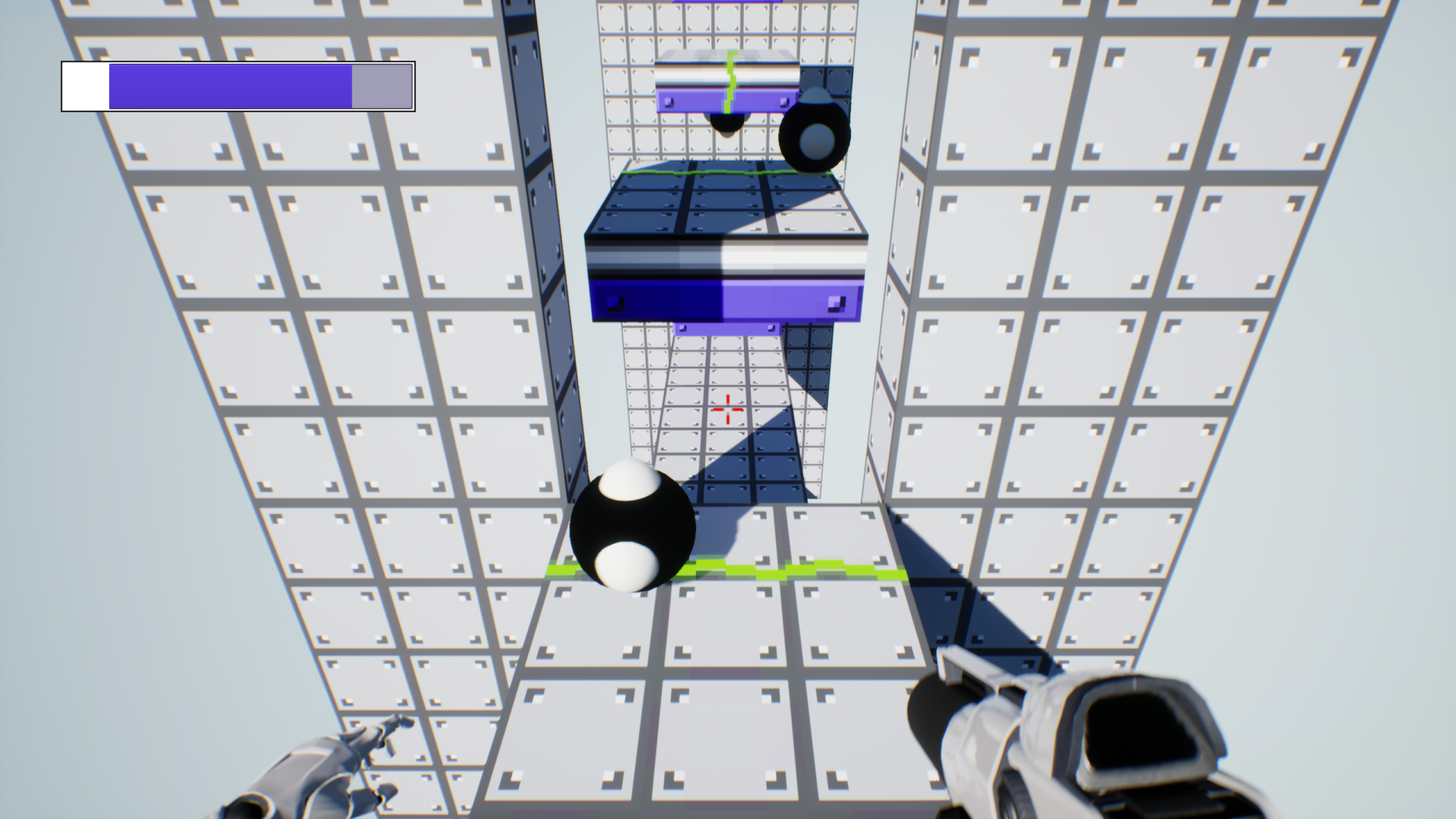 I’m still working on some songs for the game. The composition for the level theme is done, at the moment I’m trying to find the right sound for the game. Apart from that, I’m a bit unsure about what direction the project will take from here, we’ll see.

I hope you enjoy the game!

A First-Person Platformer in 2D