A downloadable game for Windows

I was playing my old favorite side-scroller when all of a sudden my home got struck by lightning. In an instant, the lightning traveled from my console to my controller before it finally got me! Everything around me seemed to become bigger, what was going on?! I couldn't move my body, out of control I started to move along the cord of my controller until I finally hit the console, everything got black…

When I woke up I was in a familiar, but yet strange environment. Something seemed different, for some reason, I could only move in two dimensions. That’s when I realized it, I was trapped inside my old favorite game!

Project Forward Scroller is a First-Person Platformer game in which I wanted to explore an old idea I had for a game. The idea is best described as a side-scrolling platformer viewed from a first-person perspective. I wanted to keep the mechanics from old side-scrolling platform games, while also trying to maintain their atmosphere. The game world is in 3D, but you can only move in 2D.

I started working on this as my final assignment at my school FutureGames. I've been continuing working on it in my spare time since then, and now it has one feature complete level. I hope you enjoy it!

(* This is what I have been able to test, it does not necessarily represent the minimum)

I played your game and had fun but I did get a little triggered at the end (full warning) because there wasn't enough checkpoints and or health drops but I still had fun. (Skip to 10:09)

Hi TUD, thanks for playing the game! Nice video!

You were really close to the end of the level! But I understand your frustration about the lack of checkpoints.

There will be an update in a couple of weeks with among other things, more checkpoints!

This was fun. A little daunting at times to try to avoid things in 3D that are designed like they are in a 2D game but not as bad as expected. I got a big Mega Man vibe from this game, was that an influence at all?

I really like the feel and gameplay of it overall.

My video is a little choppy but the game itself played pretty well on my system. So it's probably a good example of a system that's just barely good enough. In case you are curious I have an I3-550 with 8GB ram and a GeForce 1030 (I know it's a weird setup but I am in process of upgrading).

Hi RobBoberty, thanks for taking the time playing!

Too bad about the quality, but besides that you played really well, and it was nice seeing that most of my design decisions made sense :)

a nice idea made a nice game!

i like it! it has a good level design and platforming!

I'm glad you liked it! Thank you for the nice feedback! :)

A good project. It feels a bit weird, having a 3D world and moving only in 2D. :)

Thank you for taking the time to play my game! I'm glad you liked it :) 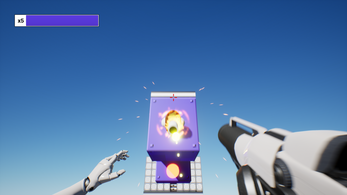 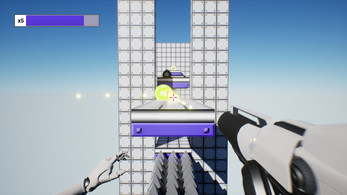 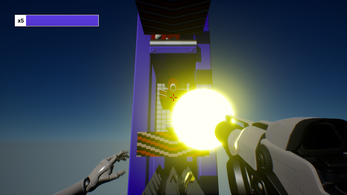 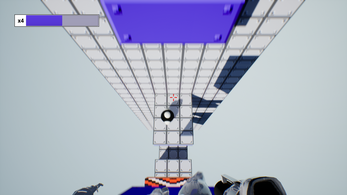 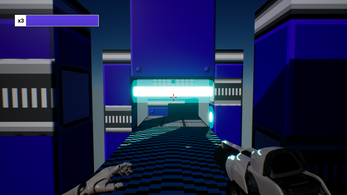