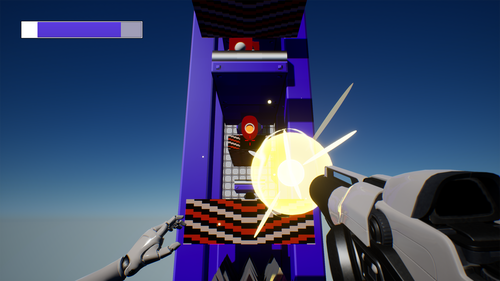 I’m happy to announce that Tua Wester, VFX Artist (Visual Effects), has joined the team. Some of her work is already available in this update, see the changelog below. Welcome aboard Tua!

Also, I’m looking for more 3D Artists, if you are interested or know someone who might be look below for more details!

The two top complaints I get about the game is that there are too few checkpoints and that it feels weird not being able to rotate with the mouse, so in this update, I have accommodated that!

I’m still working on the music for the game. It takes a little longer because I decided to attend a new course in music production. I might post an update with the not finally mixed songs for the intro and the demo level in a month or so.

Tua will continue to create VFX for the game, and as soon as we feel we have enough new effects an update will be available.

Except for the music, and some minor bugs, I feel that I have made all the work I can for the demo level, now I want to take this to the next level and form a team.

A First-Person Platformer in 2D